There has been a change of date and venue for Henry and Sunny's screening at We the People's Film Festival.

The Chair and Panel will be:


Five short films, five different topics, followed by Q&A. Don’t Shoot is the official video for singer songwriter Kinzli’s anti gun crime song. The Forgotten District focuses on efforts by the Maya to promote ecotourism in order to protect their rainforest traditions. One UN film - Ethiopia: A Family in Crisis looks at a family in Ethiopia. Henry and Sunny, filmed in black and white, takes an alternative look at discrimination in a time of economic depression, mass unemployment and civil unrest. The Peace Olympics is an annual sporting festival in South Sudan where districts compete in sporting events and are brought together in a spirit of peace and friendship. The Q&A discussion will be chaired by David Wardrop, Chairman, UNA Westminster Branch.

Sign-Up: This event is free of charge but you must complete the General Enquiries form to confirm that you will be attending the event. We need you to provide the names and affiliations (UN, student, organisations) of those (including guests) who will attend this screening.

The Forgotten District
For the last 20 years the Maya in Belize have been promoting their own ecotourism programme in order to protect their rainforest and traditions.
Oliver Dickinson
52 mins

Ethiopia: A Family in Crisis
Life of Ayatu Nure has not turned out as he expected. Once a wealthy landowner, he followed the age-old tradition of his people and took more than one wife. In fact, he took many wives! This story takes us to Ethiopia to see the family they created.
UN Film: Executive in Charge Susan Farkas
8 mins 56 secs

Henry and Sunny
In a time of unprecedented economic depression, mass unemployment and civil unrest one group has borne the brunt of society’s scorn – the clowns. Henry & Sunny is the bittersweet tale of Henry and unemployed clown in love with the famous soap opera actress, Sunny Carmichael. Beautifully photographed in high contrast black and white Henry and Sunny is a melancholy tale of love against all odds.
Fergal Rock
15mins

The Peace Olympics
The twic Olympics is an annual sporting festival in South Sudan. It pits Twic county’s six districts against each other for sporting glory but more importantly brings them together in a spirit of peace and friendship.
Dylan Howitt
12mins
Posted by Henry & Sunny Films at 11:17 AM No comments: 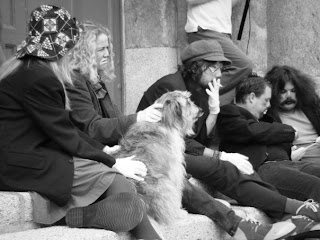 DOWNLOAD FILE
Posted by Henry & Sunny Films at 10:46 AM No comments: 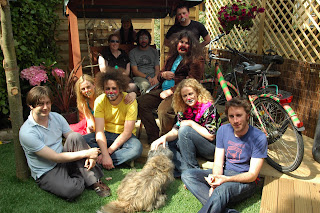 There will be a long overdude cast & crew screening of 'Henry & Sunny' in the Lighthouse Cinema, Smithfield on Saturday, November 28th at 1.30pm.

Unfortunately seating is limited so if you'd like to attend please RSVP to henryandsunnyfilms@gmail.com ASAP!

Thanks to everyone who's supported 'Henry & Sunny' up to now.

We hope to see you all there!
Posted by Henry & Sunny Films at 7:50 AM No comments:

After a very successful screening at the Clones Film Festival, we are delighted to announce that 'Henry & Sunny' will next screen at the We The Peoples Film Festival in London.

This year's festival, which will be held at various London venues on 19 November 2009 and from 23-30 November 2009 will feature contributions from development agencies, UN agencies, international filmmakers, policy makers and think tanks. The We the Peoples 2009 Film Festival is an unmissable event for those working or interested in the work of the United Nations and international development, as well as the general public.

'Henry & Sunny' will be screened on Saturday, November 28th at 4.30pm. For full details see programme.