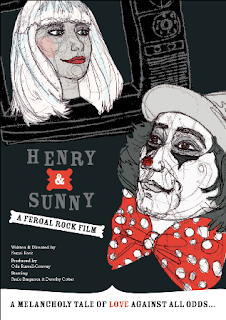 Henry & Sunny from HenryandSunnyFilms on Vimeo.

Paulo Braganca as Henry and Dorothy Cotter as Sunny,
Make up by Gemma Horan.
Photograph by Anthony Edwards. 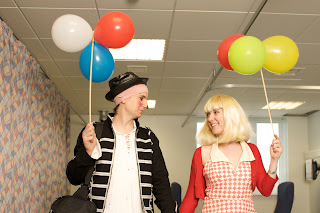 Lighthouse screening and 'We the People's' Film Festival... 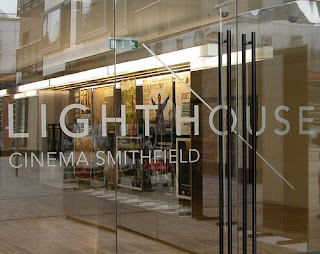 It has been a very busy few weeks for 'Henry & Sunny'.

On Friday, November 27th 'Henry & Sunny' was screened at the 'We the People's' Film Festival at London Metropolitan University (our UK debut!).

And the following day saw a packed house at the Lighthouse Cinema, Smithfield for our first Dublin screening. Thanks to everyone who came along. It was a truly memorable day.

Since then we've been busy applying to festivals all over the world and we hope 2010 will see 'Henry & Sunny' find an even bigger audience.

The trailer for 'Henry & Sunny' has also been added to the Filmmakers Network channel on Vimeo. Drop by and have a look at some of the other films on there when you can.

Our next screening will be in February at "Culture & Abilities 2010". Full details to follow early in the new year.

We'll be updating the blog in early January with Parts 2 & 3 of Paulo Braganca's interview and there'll be a much anticipated interview with Dorothy Cotter as well. So keep an eye out for that!

Finally, thanks to everyone who's supported us in 2009, especially...

Happy Christmas and see you all in the new year! 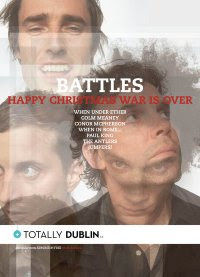 We'd like to say a belated thank you to Aoife O'Regan for her excellent feature on 'Henry & Sunny' in the December issue of 'Totally Dublin'.

'Totally Dublin' is freely available in various shops and cafes around the city (try Tower Records, Whelans or the IFI), so make sure you pick up a copy. In the meantime you can read Aoife's piece here. Page 26! 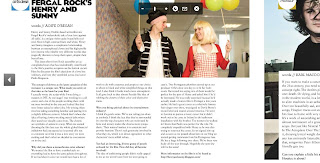 Check out www.totallydublin.ie for more details.
Posted by Henry & Sunny Films at 3:31 PM No comments: