To mark World AIDS Day, Shebeen Flick is running a Charity Screening in benefit of Clown Without Borders Ireland.

Synopsis: Henry & Sunny is the bittersweet tale of Henry, an unemployed clown, in love with the famous soap opera actress, Sunny Carmichael.

Synopsis: Clown Around Lesotho! follows the Irish Chapter of Clowns Without Borders to Lesotho, where its population is highly affected by HIV/AIDS.

Straight after the Q&A, we will close the night with African drums and groovy tunes by world music band Almond Blue (www.myspace.com/almondblueband). 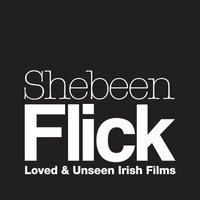 Shebeen Flick is a new film night showing loved & unseen Irish films on Tuesdays at 7.30pm in Shebeen Chic, 4 Georges Street, Dublin 2. Entrance is FREE and all are welcome.

On Wednesday, December 1 Shebeen Flick will host a Charity Screening for World AIDS Day in benefit of Clowns Without Borders. We're delighted to announce that Henry & Sunny will open the night with writer/director Fergal Rock on hand to introduce the film.

Also screening on the night is Mike Casey's 60 minute documentary CLOWN AROUND LESOTHO (2009). The screening will be followed by Q&A with director Mike Casey and Jonathan Gunning from Clowns Without Borders.

Henry & Sunny will screen at ShortSpace
this Thursday, November 4 at 7pm.

On the first Thursday of every month, Filmbase hosts ShortSpace: a selection of short films based around a specific theme or topic. The screenings are followed by a Q&A with the filmmakers.

November's screenings will focus on films made on a range of budgets from 3,000 to 15,000 euros. The full line-up is as follows:

Every night, around the world, couples fall asleep side by side trusting they know what lies beside them.
Tonight, in this apartment, something evil is about to show its true face...

What if you knew where your Teddy Bear really came from?

Danger High Voltage tells the story of a brief encounter between two people at the Electric Picnic Festival in Stradbally.
Sarah is having a bad day and her plans for the weekend are unravelling. Mick is down with a few of the lads and is completely in his element.
Strange things happen at music festivals. Danger High Voltage tells a story of one night of a lost weekend.

The bittersweet tale of Henry, an unemployed clown in love with a famous soap-opera actress called Sunny Carmichael.

Convenience store clerk, Baba, falls for the sexy real estate agent across the street. When he sells her lunch, she steals his heart. There is only one way their love can make it...Bollywood Style!

Tickets are now available from Filmbase reception. Phone 01 679 6716 or call by to get yours now! Admission costs €5 for Filmbase members and €8 for non-members.