It is the aim of the Charlie Chaplin Comedy Film Festival to quickly become an international fixture that will bring a smile to Kerry, Ireland and the World. Chaplin with his courage and pioneering spirit, brought laughter to millions of people through the medium of film, in very dark times. Our hope is that the film-makers of today will follow in Charlie’s illustrious footsteps by showcasing their comedy films at the festival!

We are happy to oblige! 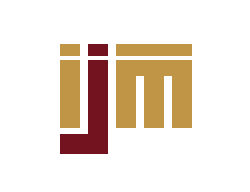 Over on It's Just Movies Alexa Milan - traditionally not a fan of clowns! - has written a lovely piece about Henry & Sunny.

This is the first time Fergal has entered an international screenwriting contest. BlueCat founder Gordy Hoffman congratulated Fergal on his win and praised his script which “demonstrated the creative writing excellence that BlueCat searches for in our competition”.

Founded in 1998 by screenwriter Gordy Hoffman, the aim of the BlueCat Screenwriting Competition is to develop and celebrate the undiscovered screenwriter. The competition provides written script analysis to every writer for every script entered. With the largest cash prize for a contest offering feedback, BlueCat finalists also receive extensive online promotion and the top scripts are suggested to the best of the industry. The competition is based in Hollywood, L.A.

You can read an interview with Fergal, in which he talks about his writing process, and his award-winning script, here.
Posted by Henry & Sunny Films at 3:51 AM No comments: